The Impact of Culture on the Brain 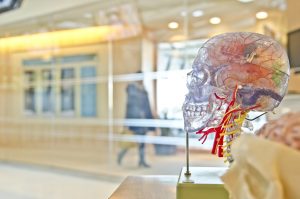 Did you know that our culture impacts on our brain? There are a number of studies that demonstrate how the activity in our brains can change from culture to culture. Functional magnetic resonance imaging (fMRI) is increasingly being used to study the impact of culture on our brain’s functioning and there are some interesting results surfacing in the field of cultural psychology.

Example 1: Focus on Objects vs. Context

In one study, North American and East Asian participants were asked to consider a range of images that allowed researchers to assess attentional bias toward objects vs. the context. The study (see note 1) used fMRI to investigate the neural basis for cultural difference and found that the participants’ culture impacted on how the images were processed.

The study found that East Asian participants, whose cultures place greater importance on relationships and interdependence, tended to focus on the image’s context rather than the individual objects. The American study participants, whose culture places a greater emphasis on the individual and independence, tended to focus their attention on specific objects.

Collective cultures, according to Geert Hofstede’s cultural dimensions model, are more interconnected and interdependent. Members of collective cultures, such as China, Korea and Japan, generally value the needs of the group over the individual and expect to be cared for by group members in exchange for loyalty. On the other hand, highly individualistic cultures such as Australia, the US and the UK are loosely connected and place greater emphasis on caring for the individual and their immediate family.

Our culture influences how we see ourselves compared to others. A similar study (see note 2) compared Chinese and Western responses to adjectives by asking participants to recall a range of personal traits used to describe the self or others. The study found that Westerners had better recall of self-descriptive traits, whereas the Chinese participants were more capable of recalling adjectives relating to self or a close family member (their mother).

The study showed that Chinese and Western participants conceived themselves differently, in terms of ‘me’ or ‘we’ and therefore their brains behaved differently. In Westerners, the part of the brain in question (the medial prefrontal cortex) was used uniquely for identification with the self. Whereas the Chinese participants used this part of the brain to think of both the self and as well as close relatives (their mother).

In the workplace, the concept of ‘me’ or ‘we’ can impact on the way we form teams, make decisions and lead others. More interdependent cultures tend to see themselves as ‘we’ and group harmony and a sense of belonging are often prioritised over individual needs. These team members might take longer to make decisions, seeking input or consensus from team members. On the other hand, individualistic cultures who see themselves primarily as ‘me’ are less likely to conform to the ideas and norms of the group. These team members may be better at recognising individual contribution and ambition, and welcoming different working styles.

For more examples of studies like these, take a look at Culture and the Brain: Research Examples by Dr. Ernest Gundling and Dr. Cheryl Williams.

Kate Gilkison is an intercultural facilitator at International Consultants Centre (ICC). ICC offer a range of programs aimed at developing cultural intelligence and increasing collaboration across cultures. If you’d like to know more about our programs, please get in contact.